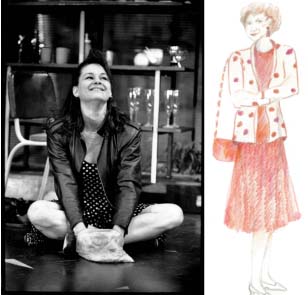 The Green family escape inner-city Sydney in the early 1990s for a better life out west. Dad grows zucchinis and involves himself in local politics. Aunt Dorothy and Mum find the community they have been missing in the big smoke. Son Kenny leads the Panthers to rugby league glory and is ordained a local legend as a result. Daughter Kim is caught between a rock and a hard place as she tries to make sense of her teenage years.

All hell breaks loose when the local MP drops dead playing squash. Dad decides to seek pre-selection for the Labor Party and tries to co-opt Kenny for support. The family are opposed to his plans. Then they start actively campaigning against him …

Kenny’s Coming Home forms part of the Writing Place resources developed by the English Teachers’ Association and WestWords. On this page you will find links to supplementary resources including production photos costume designs, posters and pre-publicity, reviews and reviews as well as an audio recording of the complete work done for ABC Radio’s Soundstages program.

Currency Press, Australia’s Performing Arts Publisher, in 2016 has published a new edition of the play, available to order here. An e-book will also become available in the near future. 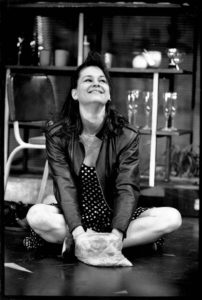 Finishing School Collective or women writers will take up residence at WestWords Centre for Writing for in January.

From what you submit to us we will select the best person for you from our bank of experienced authors, illustrators and editors to give you the guidance you need. A Creative Kids Eligible program!

At the beginning of this year, Inner Sydney High School opened its doors to a group of excited year seven students ready to begin their adventure into high school. The founding of the IN_SYD Writers Club was an important of the development of the school. Read their work here!

A Priceless Opportunity for Illustrators

And the winner of the WestWords Pinerolo Illustrator in Residence is…