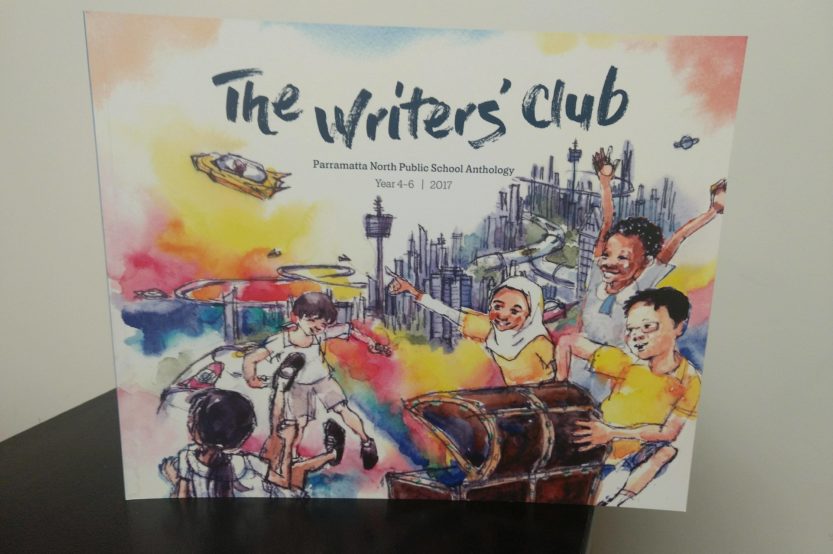 Late in February 2017, Iranian-born Australian playwright and television writer Maryam Master joined students from Parramatta North Public School’s year 4 to year 6 classes for a six week in-school writer’s residency.  The weekly workshops were quickly dubbed The Writers’ Club by the students, a fitting name also for this publication, which was launched in November.

We could not have asked for a more dedicated and engaged collection of young writers, who each week enthusiastically participated in Maryam’s creative writing workshops.  Every session brought some new challenge. Some weeks you might have walked by to find them dressed up in crazy costumes to help invent new characters, and interviewing each other. Or you might find them re-creating a scene from a picture book using only their bodies. At all times, these young writers showed each other tremendous support and encouragement, and drew on the strength of their families, friendships and memories to create the pieces you can find here electronically, or get your hands on a physical copy.

Parramatta North Public School is located in historical Parramatta and has been serving the community since 1877.  The school nurtures a vibrant culture of achievement, opportunity and success.  There are currently 400 students attending the school, of which 83% are from a language background other than English.  The diverse school population is drawn from over 50 nationalities from around the world.  Our school is committed to the quality teaching of literacy and numeracy in an inclusive, engaging and supportive environment.  Students are able to participate and excel in both the Arts and Sports through numerous extra-curricular programs. We are dedicated to working in partnership with our wider community to deliver ‘Quality teaching in a caring environment.’

About the illustrator: Sadami Konchi 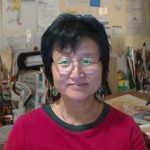 About the facilitator: Maryam Master 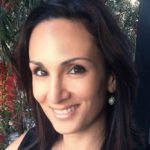 Maryam is a stage and screenwriter with over 20 years’ experience writing for young audiences. In 2016 she wrote the stage adaptation of David Walliams’ best-selling book Mr Stink. The show, produced by CDP, premiered at the Sydney Opera House, then toured nationally and to the UAE. In 2017 Maryam collaborated with Australian Children’s Laureate Leigh Hobbs on Horrible Harriet: Live on Stage, which also toured nationally. In 2018 Maryam will adapt another Walliams book, Billionaire Boy, for the stage.

On television, Maryam has written for many major Australian and international programs. She was selected by Sesame Workshop as the writer for Elmo’s 2011 tour of Australia, and wrote Elmo and Ollie for Sesame and Nick Jr. She is currently developing and writing a new animated series Monstrosity for Cartoon Network. Maryam has written for Hoopla Doopla  (Beyond), Lah-Lah’s Adventures (Stella/Seven Network), Blinky Bill (Yoram Gross), and many more.