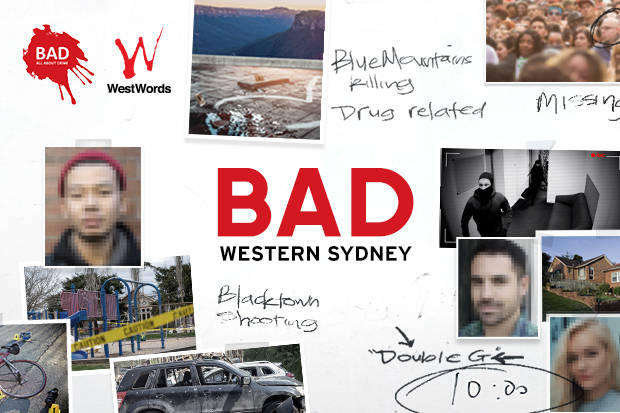 Thinking about submitting a crime story to the BAD Western Sydney anthology? Come along for our free hybrid workshop where crime authors Loraine Peck and Andy Muir talk about their writing lives and how to write a crime story. Bring your ideas, your questions, and your sharpest pencil ready to participate in a workshop with a difference, one aimed at providing you with enough inspiration and a set of tips to craft your own crime story.

Loraine Peck started her career as magician’s assistant in Sydney. After being sawn-in-half one too many times, she switched to dealing blackjack on the Gold Coast. Bartending and slinging lobsters in the US led to a sales job in the movie industry, before she was propelled into a career in marketing in Australia, the Middle East, Asia and the US. Consumed by a desire to write crime thrillers, she decided to learn how to write the kind of book she loves to read. Her first novel, THE SECOND SON, won the 2021 Ned Kelly Award for Best Debut Crime Fiction (Australian Crime Writers Association), was shortlisted for the 2021 Danger Award (BAD Sydney Crime Writers Festival) and two Davitt Awards: Best Crime Fiction and Best Debut Crime Fiction (Sisters in Crime). She is currently hard at work on the sequel. Loraine and her husband spend their time between Sydney and the Gold Coast.

With credits on a range of television series, Andy Muir fell for crime while working on the writing team for the hit franchise Underbelly. Nominated for an Australian Writers Guild Award for Underbelly Squizzy, he also adapted that TV series into a novel. He is currently working on Hiding to Nothing, the follow-up to Something for Nothing, which will be released next year. Andy spoke to our Membership Intern, Alexander Wells, about inspiration, his love for Newcastle, and his experience bringing his unique style of ‘thong noir’ to the Bloody Scotland international crime writing festival.