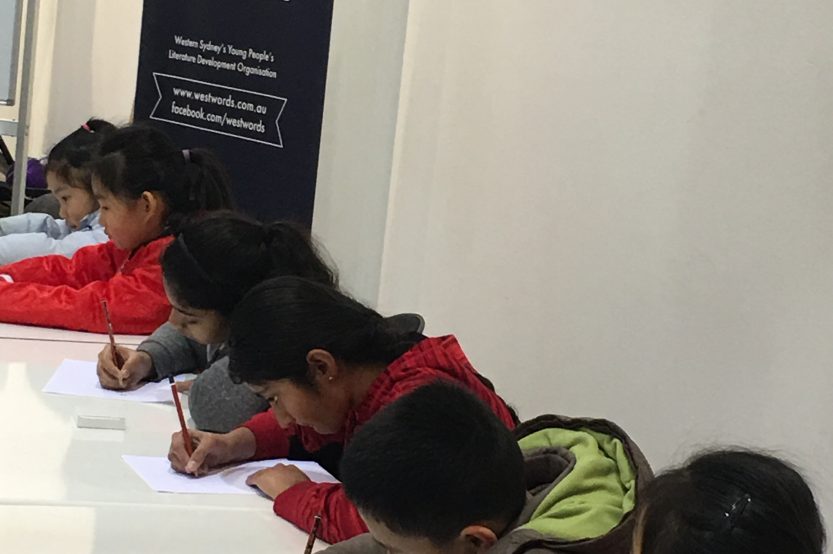 If you are a western Sydney writer who identifies as being part of the LGBTQ+ community then come join us. We’ll be talking about representation of LGBTQ+ characters, writing about LGBTQ+ characters and sharing writing of our own (if you feel up to it!). Overall, it is a place to be a creative in a space where you know everyone around you gets what being queer means, no need for explanations! 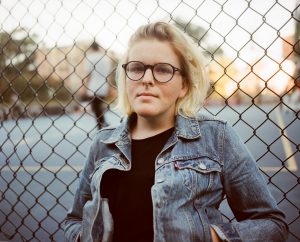 allison gallagher is a writer and poet born and currently living in Sydney, Australia. Their chapbook ’parenthetical bodies’ was released in 2017 by subbed in. Their poems have appeared in places like overland, potluck, scum mag and moonsick, while other writing has appeared on i-d, the sydney morning herald and junkee, among others. They also sing and play bass in the emo-pop band sports bra. They can be found on twitter at @allisongallaghr. 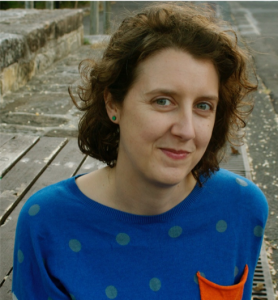 Erin Gough is a fiction writer whose short stories have been published in a number of journals and anthologies, including Best Australian Stories, The Age, Overland, Southerly and Going Down Swinging. Her novel for young adults, The Flywheel, won Hardie Grant Egmont’s Ampersand Prize and was published in February 2015.

Erin’s second novel, Amelia Westlake, was published in April 2018. It won the Readings Young Adult Book prize in July 2018. It will be published in the US by Little, Brown, in 2019.In 2016, The Flywheel was long listed for the Indie Book Awards and short listed for the Children’s Book Council of Australia Awards (Older Readers) and the Gold Inky Awards. It was also named a White Raven International Youth Library title. The Flywheel was published in Germany in 2016 and in the US in April 2017 under the title Get it Together, Delilah!

Creative writing is a crucial skill that has been proved to increase critical thinking and empathy. With creative writing classes for primary and high school aged kids your child can hone this skill! Your young people are guaranteed to learn how to nurture their ideas and gain the skills to turn them into great stories. From how to form characters, to descriptive language and world building—your child will learn it all.

Where: WestWords Centre for Writing, 91B Grose St North Parramatta

Pricing:
Casual $18 per session
or
9 lesson card for $110 (equivalent to one term of classes)

Each participant will have a membership card that will be punched each week of attendance, make up workshops will be provided for classes missed*.
*Must be claimed within 3 months of missed session/s.

Rawah studied a Masters of Teaching at Western Sydney University with a recent scholarship to complete her doctorate in Education at The University of Notre Dame. She had been shortlisted for the Charlotte Waring Barton Award CBCA NSW and has been signed for her debut YA novel by Giramondo, to be released this year. Her passion is to write authentic stories that give diverse groups a voice and a sense of belonging and to explore the Muslim identity.

Tanya Vavilova is interested in telling stories about outsiders, outcasts and misfits–about life in the shadows or margins of society. She was born in Moscow and grew up in the Western suburbs of Sydney. Her debut collection of essays We are Speaking in Code is forthcoming from Brio in early 2020. She teaches English and creative writing to both primary and high school students across different schools and locations.

A two-day workshop on nature writing and the evocation of place, led by Mark Tredinnick.

Artist, illustrator and writer Dub Leffler spent a 6 week writing residency with stage 3 students from Hebersham Public School, and with illustrator Michel Streich created a wonderful anthology of their work.

In the first half of 2016 Crestwood High students in year 10 worked with internationally bestselling steampunk author, Richard Harland, to create an anthology of dystopian stories set in and around Crestwood High.

Congratulations to Rawah and Kavita!