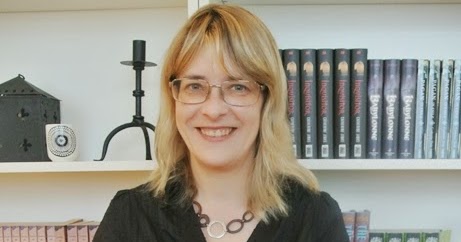 Latest on the WestWords Social channels

The Readings is a weekly series of videos available on the WestWords Social channels.

Writing Western Sydney: The Readings is a weekly series of videos available on the WestWords YouTube channel.

Robyn Ayres works as the camp caretaker on Finch Island, a former leper colony off the coast of Queensland. Her current clients are a group of ex-military men who run a tough-love program for troubled teens.

The latest crop looks like the usual mix of bad boys and sad boys. Then Robyn takes a second look at a kid called Darren. Last time she saw him his name was Aaron, and Robyn was his primary school teacher. And she was somehow at the centre of a vicious small-town custody battle involving his terrifying grandmother.

Bruising classroom dynamics, manipulative parents and carers and horrendous small-town politics form the backdrop to a nail-biting thriller in which the tensions of ten years ago start to play themselves out, building to a violent climax in the present day.

Robyn escaped the past once. Now it’s back—and this time there’s no way out.

“A slow-burner that canvasses familial conflict and builds to a violent crescendo…[Will] appeal to new and recent converts to Jinks’ brand of dark revelation” – ArtsHub About the author Catherine Jinks’ books for adults, young adults and children have been published in a dozen countries and have won numerous awards, including a Victorian Premier’s Literary Award and the CBCA Book of the Year Award (four times). She lives in the Blue Mountains.

Poets’ Corner is WestWords’ monthly encounter with celebrated Australian poets, curated by David Ades. Each month a poet is invited to read and talk about their poetry on a theme of the poet’s choice.

Juan Garrido-Salgado immigrated to Australia from Chile in 1990, ﬂeeing the regime that burned his poetry and imprisoned and tortured him for his political activism. He has published eight books of poetry and his work has been widely translated. He has also translated works by a number of leading Australian & Aboriginal poets into Spanish, including ﬁve Aboriginal poets for the anthology Espejo de Tierra/ Earth Mirror (2008). With Steve Brock and Sergio Holas, Garrido-Salgado also translated into English the Trilingual Mapuche Poetry Anthology. The book When I was Clandestine was part of a poetical tour at the Granada International Poetry Festival in Nicaragua, Mexico and Cuba (La Habana City) in 2019. Hope Blossoming in Their Ink was published by Puncher & Wattman in 2020. You can purchase Juan Garrido-Salgado’s books here: Hope Blossoming in Their Ink https://puncherandwattmann.com/author… Cuando Fui Clandestino/When I was Clandestine https://rochford-pressbookshop.square… The chapbook – Dialogue with Samuel Lafferte in Australia 2016 can be ordered by email: blankrunepress@gmail.com ______ ABOUT WESTWORDS WestWords is a literature organisation whose mission is to provide support and resources for the writers, poets, artists, storytellers and creators of Western Sydney, in the form of events, workshops, residencies, school visits, fellowships, groups, consultations and mentorships.

Poet’s Corner is WestWords’ monthly encounter with celebrated Australian poets, curated by David Adès. Each month a poet is invited to read and talk about their poetry on a theme of the poet’s choice.

The 2021 Blake Poetry Prize challenges Australian poets to explore the spiritual and religious in a new work of 100 lines or less. Submissions are now open!