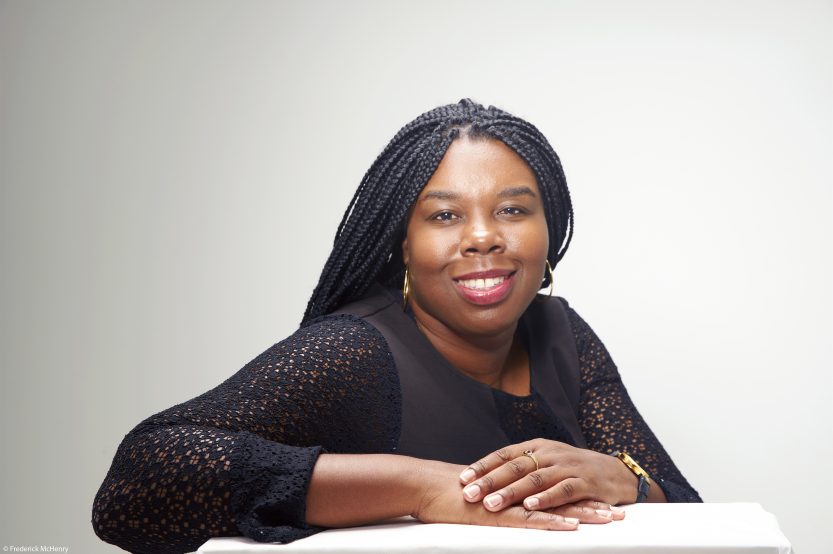 Latest on the WestWords Social channels

LMawunyo Gbogbo is a church-going African Australian girl growing up in the sleepy mining town of Muswellbrook, NSW. At home, her parents argue all the time, and sibling rivalry runs deep. At primary school, Black Is Beautiful until a racist bully dares to tell her otherwise. But at high school, she falls in love with two things that will alter the course of her adult life: the seductive thrill of hip hop music and charismatic bad boy Tyce Carrington. Tyce also feels like an alien in Australia, despite his Aboriginality – or because of it.

When Mawunyo’s offered a chance to further her budding media career in New York City at the Bible of hip hop, The Source magazine, she throws herself headlong into the city’s heady buzz and hustle – but even as it lures her in, it threatens to derail her dreams.

Hip Hop & Hymns is a tussle between the search for belonging and ultimately accepting who you are, and a clear-eyed, heartfelt story about daring greatly and what it can mean to be Black in Australia.

Mawunyo Gbogbo is a music and pop culture reporter for Double J and ABC News, and the author of Hip Hop & Hymns. She has worked as a journalist for ABC NewsRadio; a features reporter and producer for ABC Radio Sydney; a segment producer for the Today Show on the Nine Network; and an associate producer for Insight on SBS TV, where she won a UN Media Peace Award. Mawunyo was born in Ghana, raised in Muswellbrook in the NSW Hunter Valley, and now calls Sydney home.

Other readings on the WestWordsOFFICIAL Channel include:

Poets’ Corner is WestWords’ monthly encounter with celebrated Australian poets, curated by David Ades. Each month a poet is invited to read and talk about their poetry on a theme of the poet’s choice.

In May the guest poet is Maria Takolander.

Maria Takolander is a Finnish-Australian poet, fiction writer, essayist, and independent scholar. She is the author of four books of poetry: Trigger Warning (UQP 2021), which won a Victorian Premier’s Literary Award; The End of the World (Giramondo 2014), named a best book of the year in Australian Book Review and reviewed in the Los Angeles Review of Books; Ghostly Subjects (Salt 2009), shortlisted for a Queensland Premier’s Literary Award; and the chapbook Narcissism (Whitmore Press, 2005). Her poems were selected for The Best Australian Poems and/or The Best Australian Poetry every year from 2005 until those anthologies ceased publication, and are represented in Motherlode: Australian Women’s Poetry 1986-2008 (2009), Thirty Australian Poets (2011), the Turnrow Anthology of Contemporary Australian Poetry (2014), Contemporary Australian Poetry (2016), #MeToo: Stories from the Australian Movement (2019), The Anthology of Australian Prose Poetry (2020), What We Carry: Poetry on Childbearing (2021), Homings and Departures: Selected Poems from Contemporary China and Australia (2021), and Fishing for Lightning: The Spark of Poetry (2021). Her poems have also been published internationally. Radio National aired a program about her poetry in 2015, and she has performed her poetry on TV and at the 2017 International Poetry Festival of Medellín, Colombia. Maria is also a prize-winning fiction writer and the author of The Double (and Other Stories) (Text 2013), short-listed for a Melbourne Prize for Literature.
Her website is mariatakolander.com

For three weeks in November 2021 Cherrybrook Technical High School’s entire Year 10 cohort of over 400 students had chance to work with twelve exceptional writers. This is what they wrote.

WestWords is thrilled to have participated in the 2019 edition of Fisher’s Kids Festival at Campbelltown Arts Centre. Thank you to all participants and to Julie Thorndyke for facilitating.

Partnership will support a Western Sydney poet to run workshops for high school students. The Youth Eco Summit (YES) is a curriculum-based sustainability festival for school students and their teachers. Recognised by the United Nations and the NSW Office of Environment & Heritage, YES promotes student leadership and features student sustainability practices.