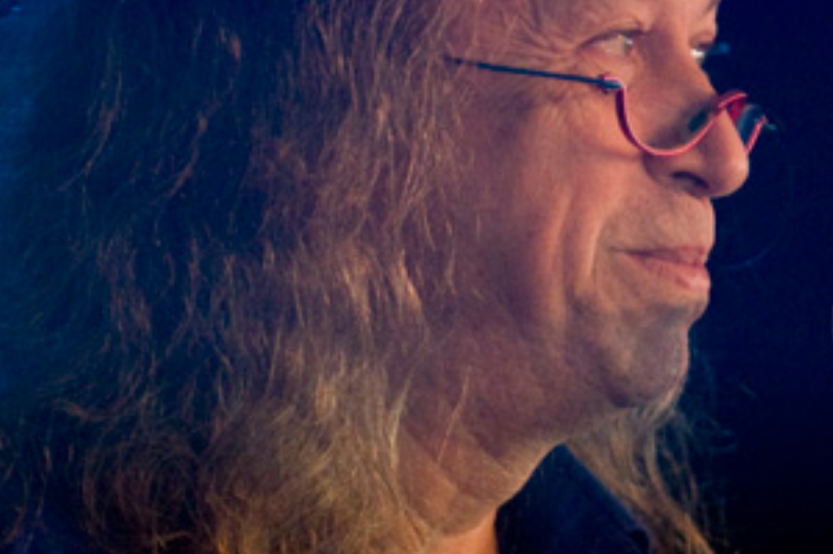 The Readings is a weekly series of videos available on the WestWords YouTube channel. 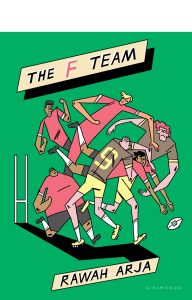 The F Team Written by Rawah Arja Meet Tariq Nader, leader of ‘The Wolf Pack’ at Punchbowl High, who has been commanded by the new principal to join a football competition with his mates in order to rehabilitate the public image of their school. When the team is formed, Tariq learns there’s a major catch – half of the team is made up of white boys from Cronulla, aka enemy territory – and he must compete with their strongest player for captaincy of the team. At school Tariq thinks he has life all figured out until he falls for a new girl called Jamila, who challenges everything he thought he knew. At home, his outspoken ways have brought him into conflict with his family. Now, with complications on all fronts, he has to dig deep to control his anger, and find what it takes to be a leader.

This project is supported by the Copyright Agency’s Cultural Fund. 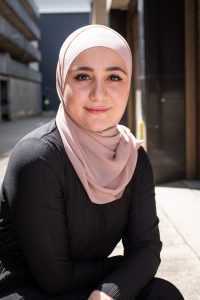 It’s the October gathering of the Kitten Club, featuring our special guest, writer, teacher and debut YA novelist (and accidental Tik Tok star) Rawah Arja. Rawah is also one of the two inaugural WestWords-Western Sydney University Writers-in-Residence. In this small and intimate Zoom conversation Rawah discusses the role of diverse literature, how audiences can morph and offer different artistic outcomes, and how her social media audience intersects with her young adult readership, and a lot more besides. Hosted by WestWords’ James Roy. Title/credit music is “All That”, a royalty-free track from www.bensound.com 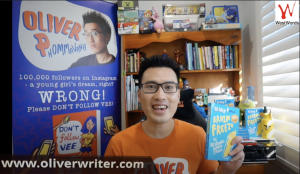 A crazy collection of funny short stories from the wacky mind of Oliver Phommavanh, featuring characters who are all finding a way to step up and be brave.
From a dog who accidentally becomes the first animal on Mars, a hopeless chess player dealing with his sports-mad dad, and a girl whose dreams are getting too big for her bed, to a boy who has had 1000 names – so far. Not to mention, the strange boy who never seems to get brain freeze (until…).

Oliver is a young Thai-Australian writer for children. He has worked as a primary school teacher and now spends his time writing and sharing his writing passion with kids and engaging them with humour. He’s also a stand-up comedian and has appeared on national TV and radio as well as a number of well-known comedy venues such as the Comedy Store in Sydney. His first book for upper primary, Thai-riffic!, was published to critical acclaim, followed by Con-nerd, Punchlines, Thai-no-mite, The Other Christy, Super Con-nerd, Natural Born Loser and, most recently, Don’t Follow Vee. For younger readers he wrote Ethan in the Stuff Happens series. 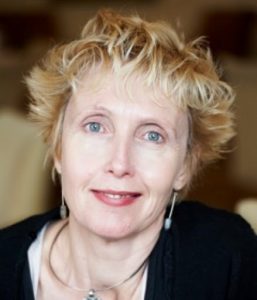 Judy Johnson is an award-winning poet with a special interest in bringing to life little known but fascinating aspects of Australia’s history. Prizes for her historical narratives include the Banjo Paterson Award, which she won three years in a row, and the Val Vallis Award. She has also been the recipient of three New Work Grants from the Literature Board of the Australia Council. Judy Johnson lives on the NSW Central Coast. 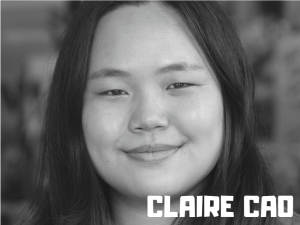 2020 WestWords Western Sydney Emerging Writers Fellow Claire Cao is a freelance writer from Western Sydney who enjoys stories about ghosts and spirited heroines. She is a fiction editor for Voiceworks and a member of Sweatshop: Western Sydney Literacy Movement. Her work has appeared in The Lifted Brow, SBS Life, Running Dog, The Big Issue and Rough Cut. Her fellowship project was a collection of short stories, and Claire was mentored by Melina Marchetta.Funded by a grant from the Cultural Fund Copyright Agency Limited, the Western Sydney Emerging Fellowships directly sits within WestWords’ staged support strategy aiming to strengthen career pathways for writers at critical points in their professional development not otherwise catered for.

In this video Claire reads an extract from her short story Spellbinding. 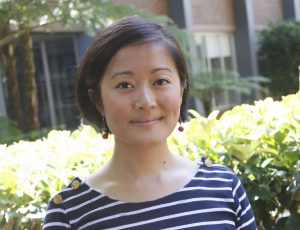 Jessie Tu is a journalist from Western Sydney, and a debut novelist, with A Lonely Girl is a Dangerous Thing, published by Allen & Unwin.

ABOUT THE BOOK:
Growing up is always hard, but especially when so many think you’re a washed-up has-been at twenty-two.

Jena Lin plays the violin. She was once a child prodigy and now uses sex to fill the void left by fame. She’s struggling a little. Her professional life comprises rehearsals, concerts, auditions and relentless practice; her personal life is spent managing the demands of her strict family and creative friends, and hooking up. And then she meets Mark – much older and worldly-wise – who consumes her. But at what cost to her dreams?

When Jena is awarded an internship with the New York Philharmonic, she thinks the life she has dreamed of is about to begin. But when Trump is elected, New York changes irrevocably and Jena along with it. Is the dream over? As Jena’s life takes on echoes of Frances Ha, her favourite film, crucial truths are gradually revealed to her.

A Lonely Girl is a Dangerous Thing explores female desire and the consequences of wanting too much and never getting it. It is about the awkwardness and pain of being human in an increasingly dislocated world – and how, in spite of all this, we still try to become the person we want to be. This is a dazzling and original debut from a young writer with a fierce, intelligent and audacious voice. 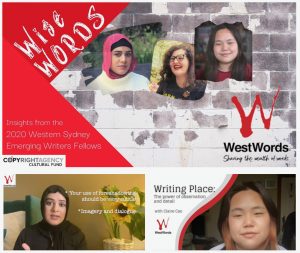 Our 2020 Fellows have just wrapped their fellowship with video workshops:

These videos were prepared by the three in lieu of the face-to-face workshops that would ordinarily have formed part of their Fellowships. They are each very different, and very informative, and perfect for the senior secondary writing student, or the adult writer who wishes to brush up on some of the more technical aspects of their writing. It’s been a pleasure to work with these exciting young writers!⠀⠀ 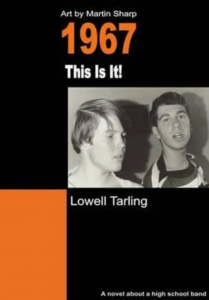 “You may finish school with no plans, no money, and no direction. But if all you want is to play guitar with your teeth, smash a Rickenbacker or grow your hair long – then being in a high school band could be the last thing you need… It is 1967.”

Tom is 18, and ready… Semi-autobiographical in nature, ‘1967, This Is It!’ embraces the journey of Thomas Truscott – wannabee rock god and all round misfit as he careens from disaster to discovery in his last year of school, battling the establishment, prefects, the Vietnam war and most of all, himself. This novel combines the cunning wit of Lowell Tarling with the atmospheric pop art of the iconic Martin Sharp.

Lowell Tarling is a Katoomba-based writer, poet and artist, and the author of over one hundred books, many of which are co-authored, or ghost-written. Others are biographies of such characters as Michael Chamberlain, Martin Sharp and Tiny Tim, as well as stories of iconic brands such as Drizabone and the Beechworth Bakery. He is also the author of several novels, including ‘1967,This Is It!’, recently been re-released by ETT Imprint. www.lowelltarling.com.au 1967, This Is It! Author Lowell Tarling First published by Generation Books, 1990 Republished by ETT Imprint, 2020

Intrigued to read the rest of the book? You can purchase it here: https://www.booktopia.com.au/1967-thi…

This project is supported by the Copyright Agency’s Cultural Fund.

WestWords in the Blue Mountains. Check out all the events and opportunities in your area now!

A Slightly Silly, Continuously Twisty, Twirly-Whirly Curly Story… by YOU! (With a little bit of help from our friend Dub Leffler) At the 2016 Way Out West Festival for Children at Casula Powerhouse Arts Centre, WestWords and our friend the writer Dub Leffler asked you to come along, choose your own adventure and help write […]

2016 was a mammoth year for WestWords, and what better way to end it than looking back over all that has happened these past twelve months. WestWords would like to extend a huge thank you to all our authors, poets, illustrators, artists, schools and partnering organisations who have made these events possible, and more importantly to all of […]

Tell me more Tahmoor is the product of 6 months of work by some of Tahmoor Public School’s keenest young writers. Check out the Anthology illustrated by Tony Flowers!