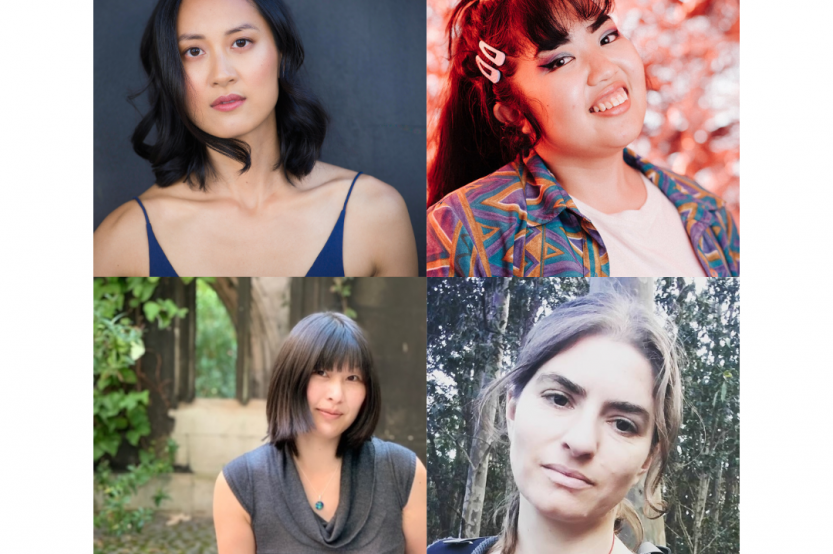 Congratulations to our
2020 WestWords-Varuna Fellows!

After a strenuous selection process, we are thrilled to announce the four WS artists who have been offered a place on our WestWords-Varuna Western Sydney Residential Program, to be held over six days in the beautiful Blue Mountains in late October.

The successful applicants are:

Nicole W Lee
Nicole W Lee is a Chinese-Australian poet, librettist and performance-writer who is developing an as-yet untitled hybrid music-theatre piece, which will bring together queer, Asian and Wiradjuri elements in a very exciting project.

Nicole Cadalina
Nicole Cadelina is a screenwriter from the Blacktown area, who is going to be working on the screenplay for a short film, Freshie, the logline for which makes for fun reading in itself: “An irreverent, cynical Filipina suffers through great lengths to bully and torment her soft-spoken FOB cousin out of her house.”

Samara Lo
Samara Lo, from Parramatta, will come to Varuna armed with a 65,000 word middle-grade fantasy manuscript titled The Magic Mask Makers: Shadow Cat, and will no doubt benefit enormously, as will all the writers, from working with award-winning writer Wai Chim.
Libby Heyett
Libby Hyett is a musician and professional fine artist specialising in portraits of people and pets. She owns and operates her own studio gallery in Windsor Mall. During her time at Varuna, Libby will be working on a young adult novel, Firedance, which is set in the Blue Mountains.

Two other writers — memoirist Olivia Guntarik, and fiction writer May Ngo — were originally selected, but were unable to take their places due to personal circumstances, so we’d like to give them a shout out here!

The four successful writers will, as a part of the program, enjoy uninterrupted writing time, along with individual in-person mentorship, and the signature “Varuna experience”, the benefit of which comes from having several like-minded but unique artists working and socialising in close (albeit COVID-safe) proximity.

We received twenty applications for this year’s program, which continues an upward trend in interest. We’d like to thank everyone who put themselves forward, and encourage those who were not successful to apply again next year. To those who were successful, we and Varuna look forward to welcoming you to Katoomba in October.

WestWords and Varuna have once again partnered for the WestWords Varuna Western Sydney Residential Program offering four western Sydney emerging writers from diverse backgrounds the opportunity of a six-day residency at Varuna. Joining them will be a live-in mentor who will be chosen in response to the successful candidates so that the mentorship offered is tailored to the people and their work.

The residency will run from Monday 19th – 25th  October and is limited to only four participants and will include:

The residency is intended for the development of a current project where a significant amount of work has been completed.

What we were looking for?

The fellowships will be awarded to emerging writers from Western Sydney who display exceptional promise in their writing style and the premise of the work. WestWords welcomes manuscripts from writers working in all creative forms, including fiction, drama, poetry, children’s books, and narrative non-fiction.

There are no application fees or program fees associated with this program.

2017 was our largest year ever for WestWords, and what better way to end it than looking back over all that has happened these past twelve months. WestWords would like to extend a huge thank you to all our authors, poets, illustrators, artists, schools and partnering organisations who have made these events possible, and most importantly to all […]

During November and into December 2016 author Tim Harris developed creative writing skills with young people aged between 10 and 14 at Auburn City Library. The sessions were totally booked out. In 2017 we are looking forward to being able to offer similar opportunities.

Congratulations to our writers in residence, Paul Kelaita and Rawah Arja!

Workshop: What Now? at The Den

“I’ve written a first draft. Now what?!”
You know what comes next is revision, editing, rewriting, refining. But just how do you do that? What decisions do you have to make? Where do you start? When do you stop?
Many new writers think that having written a draft of new work, the work is done. What is done is that valuable first draft, essential for the next stage.
A workshop for writers who are serious about taking the next steps to improve their narrative works in prose, screenplay, fiction, non-fiction, hybrid, long or short forms.