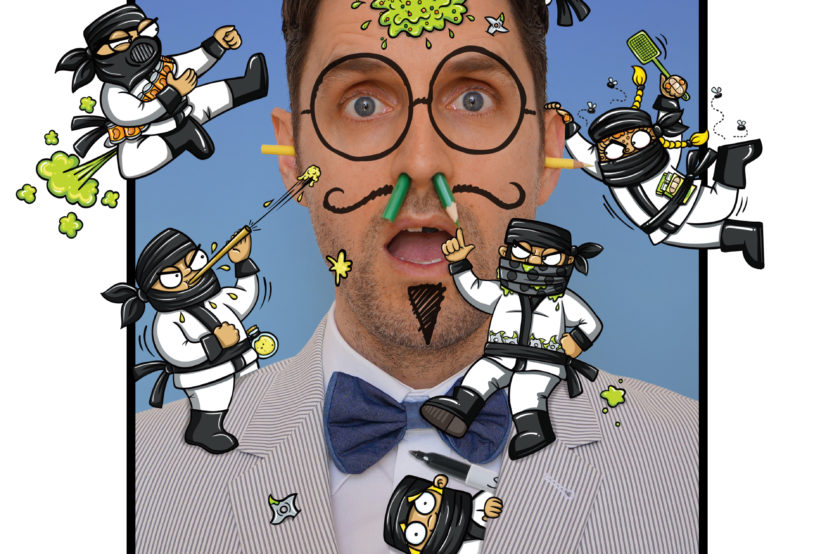 In partnership with Parramatta City Library we held a series of creative writing workshops for young people aged 9-12 years old taught by author and illustrator Matt Cosgrove. The five week program ran through August – September 2017 and was dedicated to developing creative writing techniques, with a focus on descriptive narrative. In the final week of the program, each child was given the opportunity to present their individual pieces of creative work to their parents and peers.

Matt’s Bio
Matt is the author and illustrator of the exciting new book series Epic Fail Tales. These totally disgusting, yet completely awesome, retellings of classic fairy tales with a twist include Snow Man and the Seven Ninjas, Attack of the Giant Robot Zombie Mermaid and, coming soon, Little Stunt Riding Hood. Guaranteed no sloppy kissing, no handsome princes and no happily ever after! This year Matt was the official ambassador for Scholastic National Family Reading Month as well as the winner of the inaugural NSW Premier’s Reading Challenge BookFest Illustrator Battle.

In a long and varied career, Matt has been the creative director of Australian fashion magazine Marie Claire, lecturer in comic art at Western Sydney University and one of the guys who drew the catch phrases for the TV show Burgo’s Catch Phrase (really!). He has illustrated many picture books, collaborating with industry legends such as Jackie French and Glenda Millard. He has also campaigned tirelessly for the inclusion of Pictionary as an Olympic sport (not really – but he definitely should).

Presented in partnership with Parramatta Library

What events are on at WestWords? Checkout the various events on offer at WestWords Parramatta, Blacktown and the Mountains.

The Anthology is the work of the members of WestWords’ young writers group housed at Blacktown Arts Centre. They meet every fortnight on Monday afternoons during school terms and spend two hours writing, reading each other’s work and exploring a variety of approaches to the written word. Launch the Blacktown Writers Anthology

Parracons: A poetry trail across Parramatta.

Discover the rich history of Parramatta across the centuries, in this poetic journey through fifteen historic locations across the CBD. Download the app to your mobile device and start walking!