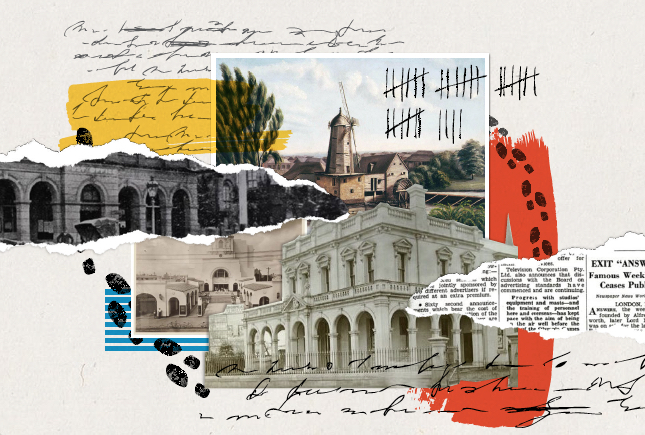 Parracons Poetry Trail–Discover the rich history of Parramatta across the centuries, in this poetic journey through fifteen historic locations across the CBD. You’ll find stories of convicts, war-time battalions, and 20th Century culture in this unique transmedia poetry trail. This trail combines poetry created by students from Arthur Philip High School as well as professional poets, with original musical scores and videography. All these compositions respond to Parracons – Parramatta icons – significant places across Parramatta city, including the Roxy Cinema, Old Government House, Gasworks Bridge, and the site of Howell’s Mill, the Boer War Memorial and the Parramatta Town Hall.

This poetry trail is split into two loops; the first starts at the Lancer Barracks, and the second at St John’s Cemetery in historic Parramatta. Each loop is approx 2.5kms. Keep an eye out for Easter Eggs scattered throughout the trail via hyperlinks.

Who is it for?

When Can I do It?
Any time! The Parracons Poetry Trail is FREE, and you can access it 24/7 on the Story City app on your mobile device. Just download Story City. Make sure you bring water, snacks, walking shoes, and weather protection (whether it be sun or rain!)

How does it work?
Download the Story City App  for your Android or Apple device now. And start walking. When you are near to one of the locations’ notification, the poems, videos, music and hidden histories of Parramatta will pop up on your mobile. Once you’ve experienced the poem follow the instructions on your device to the next location.
For more information on how to use the app go to the Story City website. 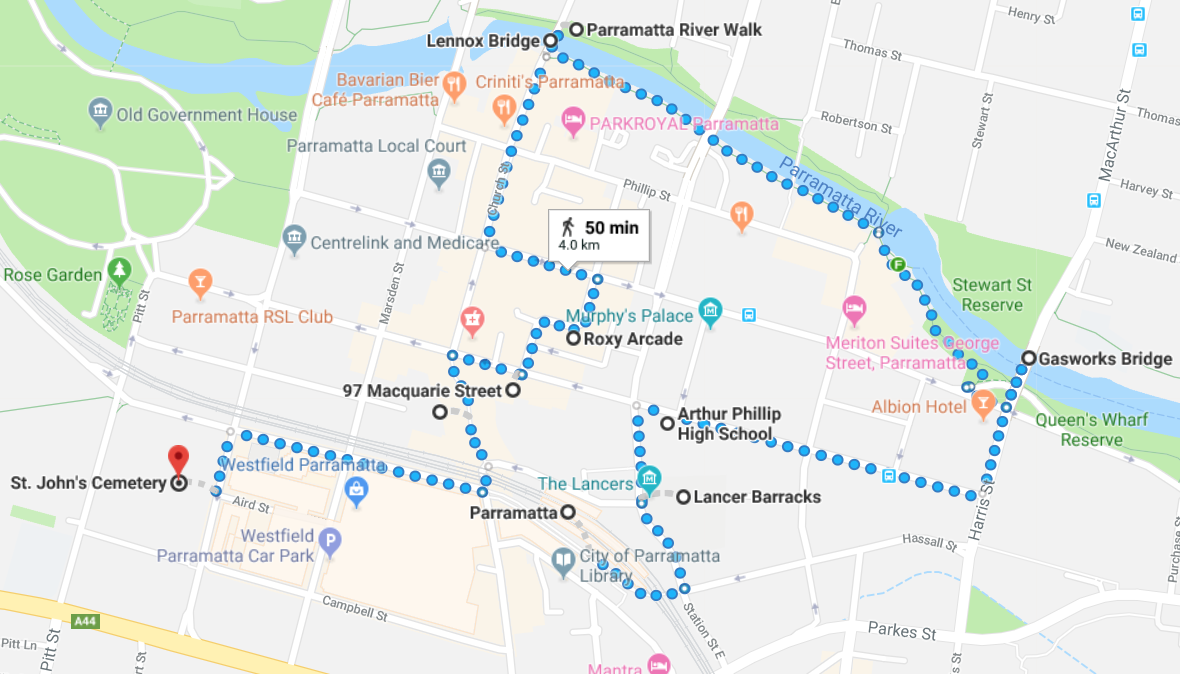 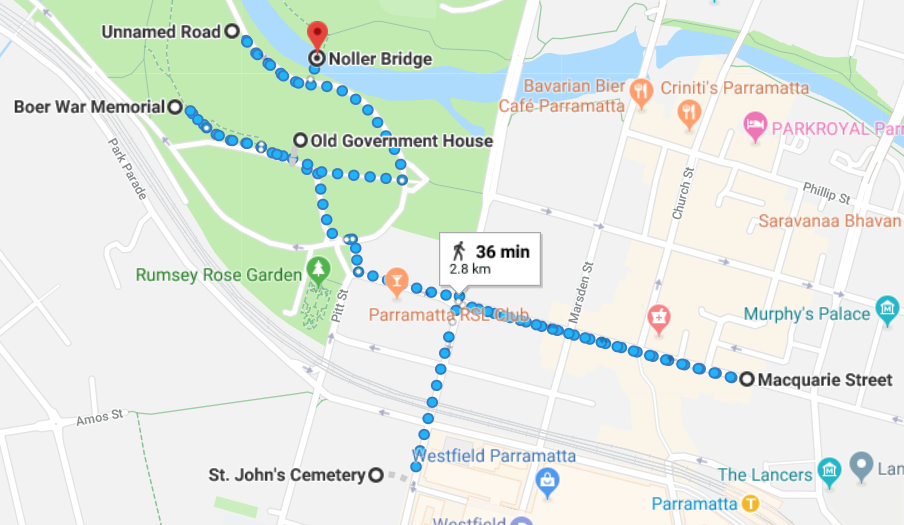 Filmmaker and poet Miro Bilbrough has been writing and publishing poetry in Australasian journals and anthologies for a few decades now. Her chapbook Small-time spectre was published in 2010, by the famous New Zealand press named after a bog, Kilmog. In 2016, her poem ‘Spider silk’ won second equal in the Val Vallis Award. This was also the year she was awarded a Creative Doctorate of arts in ciné-poetics at the Writing and Research Centre, Western Sydney University. Her feature films are Being Venice (2012) andFloodhouse (2004). Excerpts and trailers, as well as her six-minute, ciné-poem Urn (1995) can be viewed at https://www.mirobilbrough.com.  Miro presented a series of poetry workshops to a group of students from Arthur Phillip High School, the results of which form some of the poems in this project.

Jocelin Chan was born in Hong Kong and moved to Sydney in 2004. Currently, she is a Roman history nerd and loves eighties pop music. Her writing has appeared in publications like Pencilled-In, Voiceworks, and Hermes.

Frances Clare Cholerton is a writer living between London and Sydney. Her first poetry collection, Missive, was published by Poetry Australia & Express Media in 2014 as part of the New Voices Series. Her writing has appeared in The Lifted Brow, The Bohemyth and Seizure among others.

Jason Gray once travelled to Parramatta city in the front seat of a golden Magna and on the backseat of a yellow Hillsbus. His fiction and poetry has been published and read in The Big Black Thing, Griffith Review, ZineWest and Digital Writers’ Festival.

Ben Peek is the author of five novels, an experimental autobiography, and a collection of short fiction. He was also, once, a projectionist, who worked at the Roxy Cinemas.

Todd Turner is an Australian poet who lives and works in Western Sydney. His first collection of poetry Woodsmoke was published by Black Pepper Publishing in 2014. The book was shortlisted for the Dame Mary Gilmore Award and the Anne Elder Award. Turner’s poems have been widely published in literary journals and newspapers such as Meanjin, Southerly, Overland and The Australian. His work features in anthologies such as The Best Australian Poems and Contemporary Australian Poems.

Cecilia is a part of the SRC (Student Representative Council) and enjoys walking, running, exploring, drawing, singing, writing, sleeping, reading, and experimenting. Cecilia’s poem based on “Gasworks Bridge” was unintentionally written at first, since she was just experimenting with it, but in the end, since she’d lost track of time and had already grown quite attached to her poem, it turned out beautifully and became a proud masterpiece of hers.

Ceethu is cheerful young boy who always sees the positives in life and has a huge attraction to cats, who he thinks are the best animals in the world. He is currently living with his family in NSW, Australia having a relatively good life.

Jad is a joyous young man who likes sports and enjoys spending time with friends. He is a creative person and personally likes basketball and table tennis. In his spare time he likes to play video games on his PS4.

Kelvin is a hard working student that landed in the top class at his school. He enjoys playing games as any other kid would,  but unlike some other people he also works hard and completes his assignments on time. During his free time he reads books (at home) and plays games.

Khushi: A very intelligent and bright student currently studying in Arthur Phillip High School.  Born in India, she moved to Australia at the age of one. Loves to be happy and tries to the best at anything she tries.

Kyle: I was born in India and have lived in Dubai. I have been in Australia for about a year and a half. Coming to Australia was a huge step for me and it made everything “CHANGE” for me, some were good and some not as good. The few classes of poetry just inspired my soul and changed everything and now I’m getting pulled towards the rhymes and the simplicity of how poetry works. When I was a bit younger I went for a 3 to 4 year course karate training and I got up to the amazing black belt.

Lina is currently in Year 8, at Arthur Philip HS. She owns four cats and three kittens. Her hobbies include; browsing on the internet, shopping, reading and drawing bits and pieces. She enjoys sleeping and having fun.

Lonna is a proud student in year 8 from Arthur Phillip High School, located in Parramatta. She is in the SRC (Student Representative Council) and was thrilled to be selected as a participant in the poetry workshop.  Lonna said,  “The poetry workshop boosts people’s poetry writing and is a great experience for all”.

Pallavi: Currently attending Arthur Phillip High School and enjoys herself. She particularly loves listening to music, reading a few favourite books and will debate anywhere, anytime, on any topic. She enjoys photography, travelling, and cooking and eating food.

Robert is 13-years-old and was born and raised in Sydney, Australia. He attends school at Arthur Phillip High School and as he underwent the poetry workshop, he developed his ability to incorporate detail and descriptive language within one brief poem, and portray perspective in his writing.

Shruti is currently a student at Arthur Phillip High School. She was born in India and moved to Australia at a young age. She is a smart student and trying to achieve the best results from life.

Eleanor Stankiewicz: Eleanor graduated from NIDA in 2013 and was awarded The Australian Voice Association’s Student Encouragement Award. Since graduating from NIDA, Eleanor has worked for some of Australia’s leading theatre companies. This work has seen her travel across the country performing in classical and contemporary productions, including as Catherine in State Theatre Company of South Australia’s critically acclaimed Neighbourhood Watch directed by Julian Meyrick. In 2016, Eleanor toured with Bell Shakespeare as part of The Players. While at Bell Shakespeare, Eleanor also appeared as Helena and Starveling in their education main stage production of A Midsummer Night’s Dream. In 2018, Eleanor will be travelling Australia and New Zealand performing four shows with Poetry In Action.

Mark Tredinnick whose many books include Almost Everything I Know, Bluewren Cantos, Fire Diary, The Blue Plateau, and The Little Red Writing Book—is a celebrated poet, essayist, and writing teacher. His next Australian collection of poems, Walking Underwater, will be published by Pitt Street Poetry in early 2019; a fourth collection, A Beginner’s Guide, appears in the US (Hip Pocket Press) later that same year. He’s just finished a collaboration, A Hundred Miles From Home: One Hundred Haiku, with poet Peter Annand; that work will be published in the UK in 2020. He lives and writes in Bowral, New South Wales; he speaks and workshops widely on poetry, prose and ecology; he teaches at UTS and the University of Sydney. He curates events for WestWords’ Wedderburn Writing Rooms.

Michael Moebus (aka Meem): Since 2007, Michael has worked extensively throughout Sydney facilitating music production workshops and developing audio, film and theatre based creative projects. Michael has worked with organisations including Heaps Decent, Shopfront Contemporary Arts Centre, The Opera House, Milk Crate Theatre, WestWords, Sydney Story Factory, Hack Sounds, Futureskool, KARI, and The Department of Education, running projects in High Schools, Intensive English Centres, Juvenile Detention, Occasional Care centres, Theatres, and Youth Centres. Since 2014 he has held an artist in residence position at Woniora Public School for the international Room 13 project, has worked on the annual Story Weavers Project at Rivendell School from 2016, and was key artist and sound designer on all major projects at Shopfront Contemporary Arts Centre between 2008 – 2014. Public exhibitions and events featuring work from these projects have been held in venues including the Museum Of Contemporary Art and The Opera House.

Vinh Nguyen is a filmmaker with a Bachelor of Design in Visual Communications from UTS. A freelancer under his business Blatant Labs, he has produced engaging work for clients including Western Sydney University, Cancer Council and Headspace. His films Bliss and Handy have been screened at Cannes and nationally around Australia.

This poetry trail was brought to you in partnership with Story City, and Arthur Phillip High School, and made possible thanks to Create New South Wales, the City of Parramatta, Crown Resorts Foundation, and the Packer Family Foundation.

From the crackling edge of Sydney’s north-west edge this publication proudly represents the dedication and creativity of The Ponds High School Creative Writers Guild.