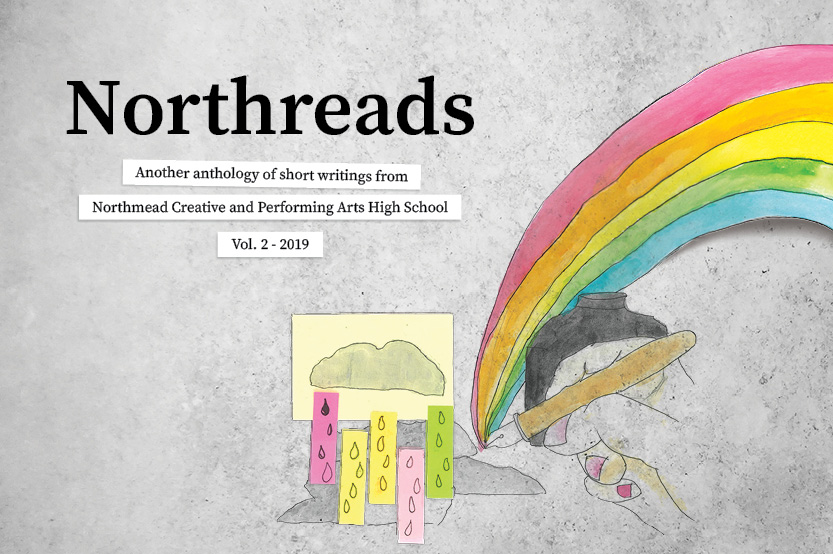 Every fortnight over terms three and four, WestWords undertook a residency with Northmead Creative and Performing Arts High School. Our ongoing collaboration has extended over years and exemplifies the work we do in, and with, schools. Together we have created staged opportunities across the year groups to support the ongoing development of our young people with the aim of releasing their potential both as writers and as people. Facilitating these workshops with the school’s Writing Club was Western Sydney writer Tanya Vavilova.

To read the publication, keep scrolling

From Tanya
“Writing fiction is not for the faint-hearted. The students at Northmead Creative and Performing Arts High School told haunting tales of murder, mad scientists, relationship breakdown, infant mortality, and of warriors getting lost in the bush. They wove these themes and ideas with events that had happened in their own lives – classroom antics, adventures with friends, chaotic dinners at home, a visit from a police officer – in the way that all writers pinch and borrow from their surroundings. Writers are vultures, in the best possible way.

Unlike more precise arts like cooking or soccer or computer coding, there is not necessary a one-to-one relationship between input and output. You might spend one hour at your desk and hammer out one sentence – another day, a whole page in twenty minutes. What we do know is that turning up and giving it a crack is what matters. Australian writer Angela Savage expresses it this way: ‘A 100% of published authors have actually written a book.’ Her advice is to sit down and write even when the going’s tough. The students at Northmead showed their determination to do just that.”

Tanya Vavilova is a writer preoccupied with liminal spaces and outsider perspectives—by life on the margins. Her debut collection of essays, We are Speaking in Code, is forthcoming from Brio in early 2020. She recently won the Carmel Bird Digital Literary Award for her short story collection Grub. Her essays and stories have been published in journals and anthologies, including Meanjin, the Mascara Literary Review, Westerly, The Lifted Brow and Slow Canoe.

WestWords would also like to particularly thank the Cultural Fund of the Copyright Agency through the Writers in Western Schools project and the Australian Catholic University who support WestWords’ publishing program. Without their combined support we could not deliver beneficial programs such as this to the young people of Western Sydney.

In collaboration with our partners Casula Powerhouse Arts Centre we are presenting two very different events bringing the poets and poetry of the Blake Poetry Prize to you live and in person: Blake Up Late, Saturday May 7th and Innocence and Experience on 21st May.