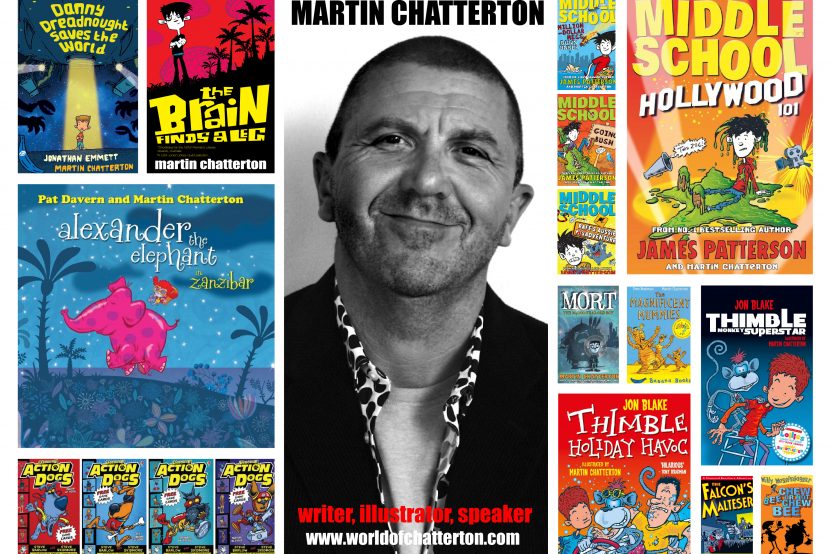 Martin’s residency spanned over the last week of term 3 and the first week of school holidays!
(24th Sept-6th Oct 2019)

WestWords had a blast having Martin here! We think he did too, look at all that work in the studio! Martin was looking for inspiration for his new book ‘Green’. After all his school visits through Western Sydney he came up with a cover for his book! Scroll down to have a look! 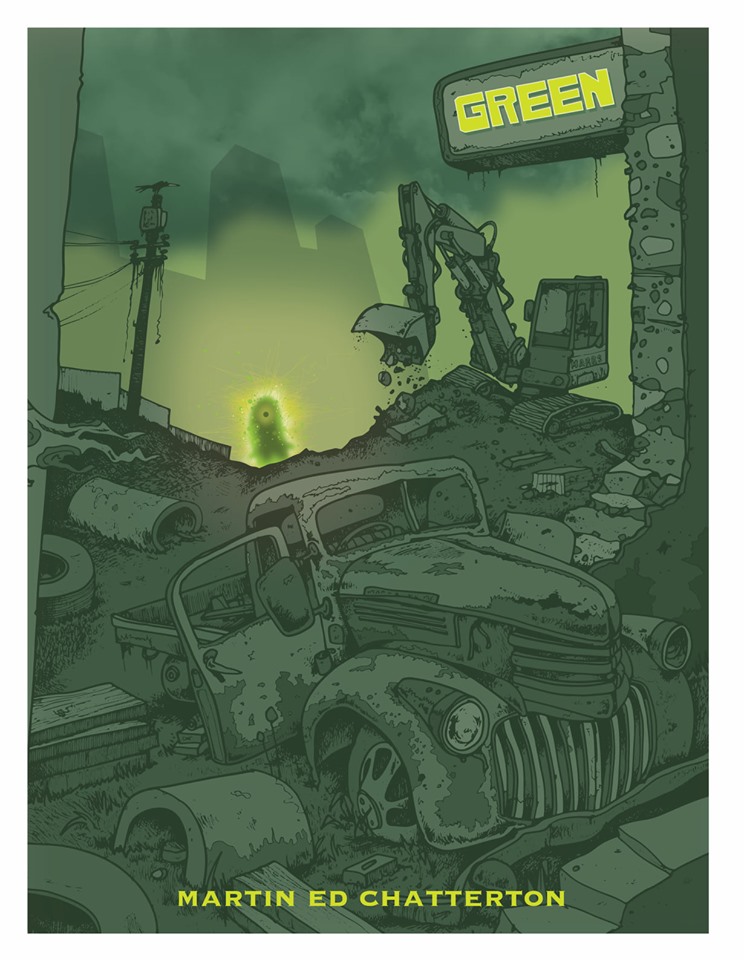 Martin has written many children’s books for a variety of age ranges and has illustrated more than a hundred books for many other writers, including best-sellers Anthony Horowitz, Tony Mitton, Tony Bradman, as well as UK Children’s Laureates Julia Donaldson and Michael Rosen. He co-writes (and illustrates) extensively with publishing phenomenon, James Patterson as both crime writer, and on the globally successful Middle School series. In recent years he has moved into screenwriting and has recently co-written (with Brian Viner) Dotty, a six part drama TV series currently in development with BKL Film in the UK with Jenny Seagrove as the lead. A full-time writer, illustrator, film-maker and performer, Martin has previously spent time as a graphic designer and lecturer. In 2011 he began writing crime fiction (as Ed Chatterton) and his latest thriller, The Tell, will be published by Penguin Random House in May 2020. In 2017 he completed his PhD on the legacy of the Atlantic Slave Trade in Liverpool. This PhD has spawned his next children’s picture book, Winter of the White Bear, which is currently in development as an animated feature film with Hungry Head Productions. He is also a partner in Sugartown Media, a film and media company based in Vancouver.

He divides his working year between the UK and Australia and is married with two grown up children. He is a popular public speaker at schools and festivals in Australia and overseas.

We were delighted to have you here Martin!

A one day workshop, with Elizabeth Honey, one of Australia’s most celebrated picture book author/illustrators, where participants created their own picture books .

1-2 Workshops at ETA’s national conference on writing techniques and approaches.