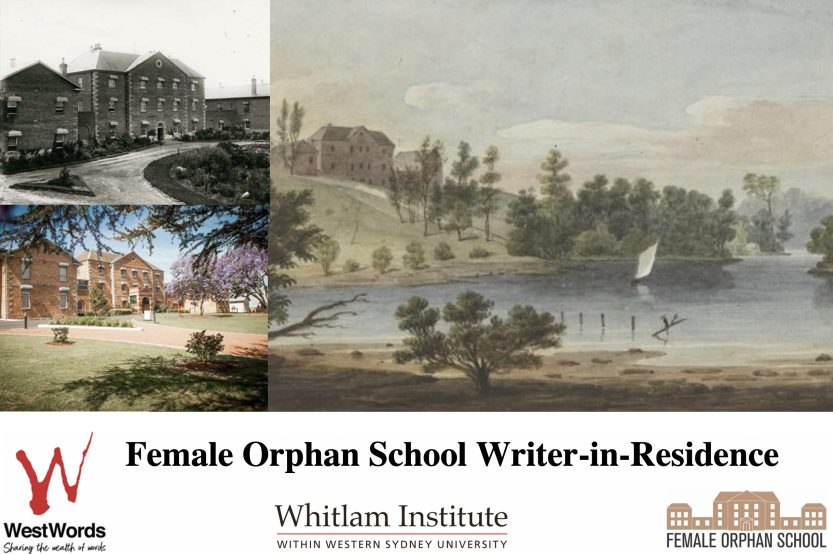 The Female Orphan School in Parramatta is the oldest three-storey building in Australia. It is one of the earliest examples of social policy in Australia, when the Governor of the time, Governor King, and the Reverend Samuel Marsden decided there should be a school for girls in the Colony where they would be ‘protected and could learn to read and write and to gain employable skills’. Focusing on the early days of the colony, little is known about these girls who arrived in School between 1818 to 1850. We know it was unlike oppressive institutions of the era – these girls included a Maori princess, the daughters of servants and convicted criminals.

During her residency, multi award-winning author Laura Greaves will research and develop the stories of these young women.  The aim is that her discoveries will form the basis for a major work.

Laura Greaves was already in the grip of a growing fascination with the Female Orphan School and its residents when the call for writer-in-residence EOIs went out. As a PhD candidate at the University of Newcastle, Laura is currently researching the 1842 murder of teen bride Caroline Collits at Mount Victoria in the Blue Mountains. Caroline and her younger sister, Maria, lived at the Female Orphan School in the late 1830s, after their mother died and their father was charged with her murder. While poring over mouldy documents and reams of microfilm at the NSW State Archives & Records in an effort to piece together a picture of what the sisters’ lives would have been like at the school, Laura found herself thoroughly distracted by the stories of the other girls for whom it was once ‘home.’ She began scribbling notes and saving copies of interesting documents, privately vowing that she would one day write about the Female Orphan School.

“Being selected as the Whitlam Institute/WestWords Female Orphan School Writer In Residence is both a privilege and a great responsibility. As the first welfare institution in NSW, the school is such significant part of our colonial history. The young women whose lives were so indelibly marked by their time at the school deserve a voice, and I am thrilled to have the opportunity to bring their stories to life.” Laura Greaves.

‘The Whitlam Institute, within Western Sydney University, is the proud custodian of the Female Orphan School. Partnering with WestWords on the Writer-in-Residence program and hosting Laura is an important opportunity for us to bring to life the remarkable stories contained in this magnificent heritage building,” said Leanne Smith, Director Whitlam Institute.

“Core to WestWords’ aims is to develop and celebrate the writers and stories of Western Sydney. This residency, attracting $4,000 for the writer, and this collaborationwith the Whitlam Institute, is key to us achieving our mission. With almost 40 applications the calibre of potential residents made selection incredibly difficult. We are also thrilled that Associate Professor Carol Liston AO whose work has included the history of the Female Orphan School has agreed to be the historical consultant on the project.” Michael Campbell, Executive Director WestWords. 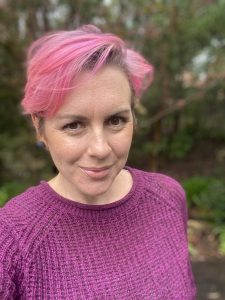 Laura is a multi award-winning author. Beginning her career in journalism in the late 1990s, Laura was named both South Australian and Australian Young Journalist of the Year in 2001. She is the author of three novels and seven non-fiction books, most recently Extraordinary Old Dogs, all published in Australia and New Zealand by Penguin Random House. Some of Laura’s books have also been published in the UK, Mexico, Hungary, Russia and the Czech Republic. In both 2019 and 2020, she won the Dog Writers Association of America’s prestigious Rio Award. Based in the NSW Blue Mountains, Laura is currently a PhD (English) candidate at the University of Newcastle, researching 19th Century true crime writing and a 180-year-old local murder. She received a National Council of Women (NSW) 2020 Australia Day Award for women’s history.

We are delighted to welcome Auburn Poets & Writers to the WestWords family!

Thank you to all who applied. Watch this space to find out who the recipient is!

For Parralanes 2020 WestWords was commissioned to present a series of stories and poems about food. Enjoy three courses of delectable words from Aishah Ali, James Roy, Christina Donoghue and projection artist and animator Junee Lee