The winner of the prestigious 2017 Blake Poetry Prize was announced at Casula Powerhouse Arts Centre, with West Australian Julie Watts taking out the $5000 prize for her poem The Story of Julian who will never know we loved him. WestWords is proud to have managed the production of the Blake Poetry Prize, from selecting judges to supervising the entrants process. 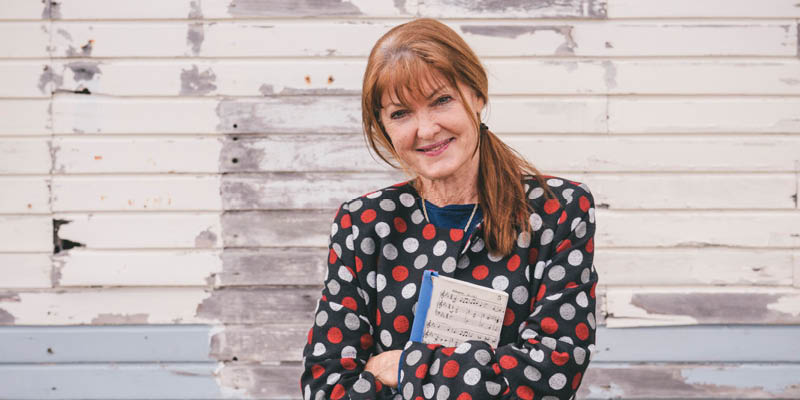 Julie Watts has been published in various journals and anthologies including Westerly, Australian Poetry Anthologyand Australian Love Poems 2013. Her first collection of poetry, Honey & Hemlock, was published by Sunline Press in 2013.

“Julie Watts’ poem is nothing short of brilliant. The religious and spiritual integrity that shines through her writing is exemplary of what the Blake Poetry Prize is all about, and we couldn’t be more excited to co-present this incredible achievement. Bravo!” said CPAC Director Craig Donarski.

“The Blake Poetry Prize challenges poets to explore themes such as faith, spirituality, religion, hope, humanity, social justice, belief and non-belief. The Prize starts an important conversation about who we are as human beings,” said Liverpool Mayor Wendy Waller.

The judging panel consisted of three high-profile, accomplished writers, including award-winning author Maxine Beneba Clarke; winner of the prestigious 2017 Windham-Campbell Prize Ali Cobby Eckermann, and the winner of the inaugural Blake Poetry Prize Mark Tredinnick. They said “In The Story of Julian who will never know we loved him, the hierarchy of society is untangled in a moment allowing a glimpse into compassion and thought; a sliver of the everyday dialogue, rewritten as a reminder to us all.”

Libby Hart was Highly Commended for her work The Engine Room, described by judges as “A thoughtful and beautiful meditation on the nature of the human soul”.

The Blake Poetry Prize is presented biannually in conjunction with Liverpool City Library and Casula Powerhouse Arts Centre. With thanks to Create NSW.

Everything you need to succeed in HSC English Extension 2

HSC English Extension 2: Everything you need to succeed in HSC English Extension 2 with Felicity Castagna WHEN: Sunday 18th November 2018, 10am-4pm WHERE: WestWords Centre for Writing, 91B Grose St Parramatta COST: $55 per student TO BOOK: Find the date of 18 November on the Calendar to the right of this page and scroll down […]

In 2018 WestWords & Pinerolo partnered to offer two emerging children’s book illustrators a week in residence at Pinerolo: The Children’s Book Cottage at Blackheath, in the beautiful Blue Mountains. The residency aims to extend illustrators’ knowledge of picture book creation and design, the process of publishing and the publishing industry, being mentored by Margaret Hamilton, a professional publisher of picture […]