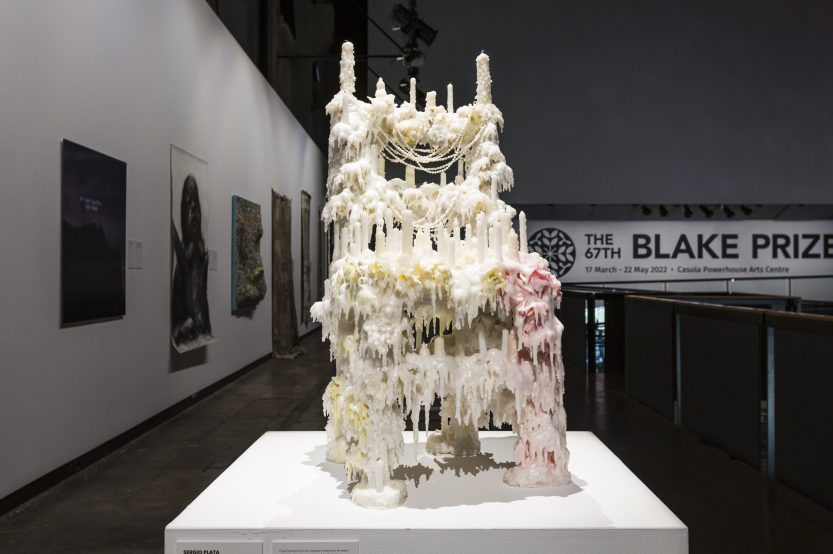 In collaboration with our partners Casula Powerhouse Arts Centre we are presenting two events bringing the poetry of the Blake Poetry Prize to you live and in person.

A moody night of gothic poetry, dance, experimental sound art in an exploration and investigation of the themes behind the Blake Prize. We invite you to dress up or dress down for the occasion that calls upon you to reflect on taboo ideas about religion, belief and spirituality. Enjoy a stormy cocktail from CPACs Bellbird Bar while you engage with the exhibition and public discussions.

Poetry Readings
We have curated a program of poetry readings which will activate various spaces of the Blake Prize throughout the evening.
Adelle Robinson is a proud Wiradyuri woman, Adelle has been writing poetry and stories since she was a young girl. Baladhu Wiradyuri is inspired by her spiritual re-connection to her culture. David Adès is the author of Mapping the World, Afloat in Light and the chapbook Only the Questions Are Eternal. David won the Wirra Wirra Vineyards Short Story Prize 2005 and the University of Canberra Vice-Chancellor’s International Poetry Prize 2014. Mapping the World was commended for the FAW Anne Elder Award 2008. David’s poems have been twice nominated for a Pushcart Prize and shortlisted for several other prizes in Australia, the U.S. and Israel. Louise Carter is a Sydney-based poet. Her work has appeared in Best Australian Poems (2012 & 2015), Cordite Poetry Review, Meanjin, Westerly, Other Terrain Journal, and Seizure. She is a member of the Writing & Society Research Centre at Western Sydney University. Louise was shortlisted for the 2020 Blake Poetry Prize for their poem History of Sadness. 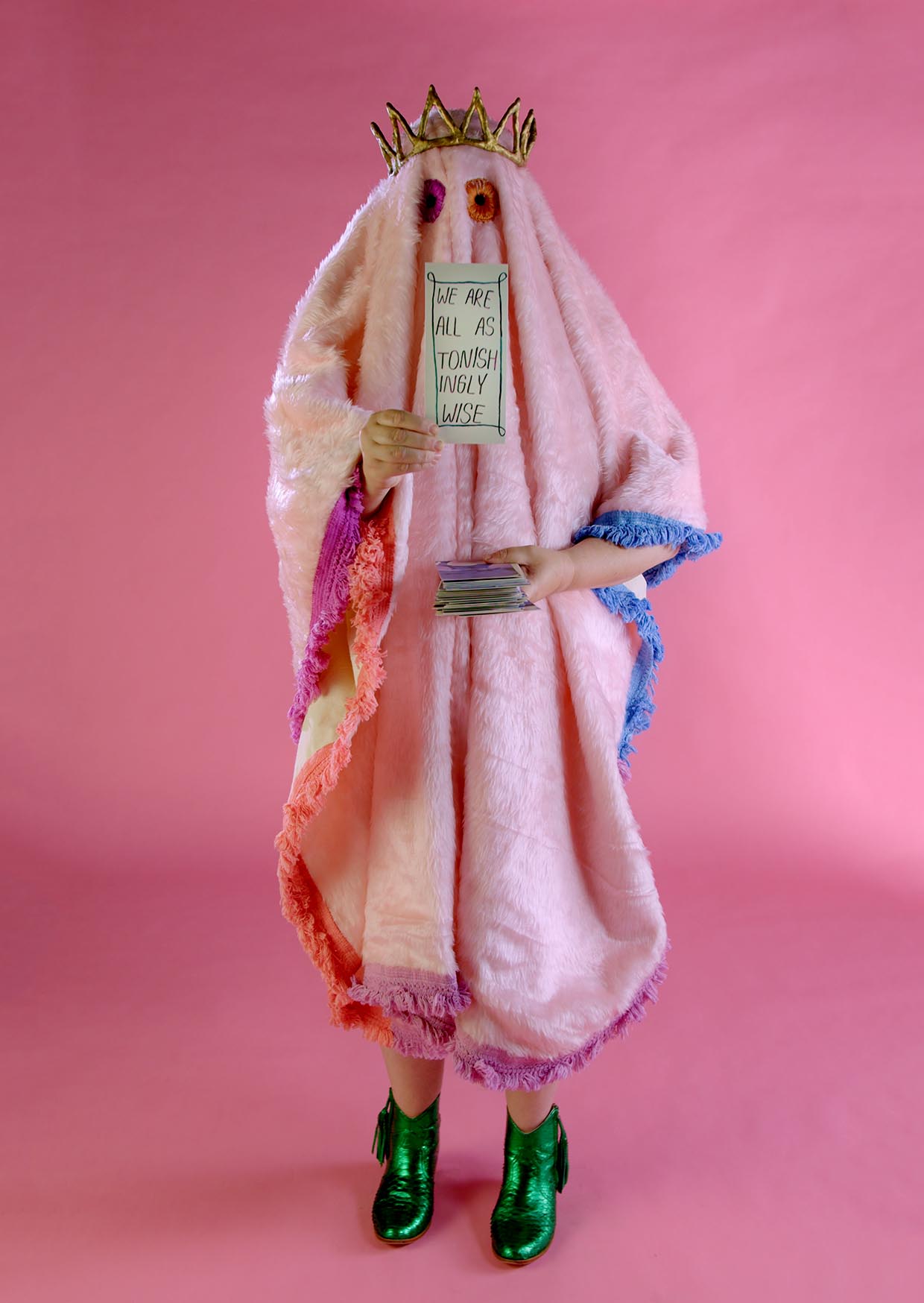 Sumn Conduit is the duo project of Dharawal/Inuit vocalist Sonya Holowell and modular synthesist and composer Ben Carey. Within their unique pairing of the acoustic and electronic, the duo investigates the potential for oneness and multiplicity, exploring the threshold where one ends and the other begins.

For this evening Sumn Conduit will draw on the poems and artworks exhibited in the 67th Blake Prize to create a live sound work that builds over three performances across the evening.

The duo navigates a spectrum of improvisational and compositional practices using a range of text, visual and conceptual scores as provocations for sounding. Their performances are strikingly dynamic, incorporating extended techniques, polyrhythms and a rich genre ambiguity resulting from their diverse backgrounds. Like a shifting storm, their sound can be both fragile and heavy, and in this duo the material pours out.

Galleries After Dark: Behind the Blake debuts an original performance work by Billy Keohavong and Red Rey with original composition by Jackson Garcia. This new work explores the tensions of finding peace on earth and re-thinking our purpose. The work has developed on-site at Casula Powerhouse through conversations and movement workshops between the artists and in response to the core The Blake Prize themes of spirituality and belief.

The performance will be presented over three chapters across the evening. The work showcases the captivating costuming of Red Rey and the internationally renowned movement and dance styles of Green Valley-based Billy Keohavong. Across the three chapters these two performers will activate different spaces across the centre as they bring forth a complicated and mesmerising exploration of spirituality.

The Blake Prize People’s Choice Winner will be announced this evening!

INNOCENCE AND EXPERIENCE: The Poets of the Blake Poetry Prize
Saturday 21 May 2022, 6.30pm
Winners and finalists past and present of the Blake Poetry Prize meet at Casula Powerhouse for a night of poetry and conversation. Poets will read their award-winning poems and share what the Blake Poetry Prize means to them, how it has impacted on their lives, and what their own meaning of spirituality is in today’s world. Set in Casula Powerhouse amongst the exhibition of winners for the Blake Art Prize, this is a night of inspiration for poets and artists alike. Featuring Simone King, Meredith Wattison and Mark Tredinnick, in conversation with Westwords Executive Director, Michael Campbell.

Simone is a poet, writer and editor who lives on Wurundjeri Country in Naarm/Melbourne. Simone’s poems and reviews can be found in publications including Rabbit, Cordite, Plumwood Mountain and Right Now. She won first prize in the 2021 Woorilla Poetry Prize and received prizes for her poems in the 2018 Australian Grieve Writing Competition, the 2019 June Shenfield Poetry Award (highly commended) and the 2020 Venie Holmgren Environmental Poetry Prize (commended). Simone co-edited What we Carry: Poetry on Childbearing, Recent Work Press, 2021

Mark is a celebrated Australian poet. His honours include two Premier’s Prizes and the Montreal, Cardiff, Newcastle, Blake and ACU poetry prizes. His writing and teaching over twenty-five years have touched the lives and work of many; in 2020 Mark received an OAM for services to literature and education. His many books include Fire Diary, A Gathered Distance, The Blue Plateau, and The Little Red Writing Book, and Walking Underwater (2021). His fifth collection, A Beginner’s Guide came out at the beginning of the year.

Michael Campbell
Michael is the Executive Director of WestWords, Western Sydney’s Literature Development Organisation. Prior to this role he has variously been a Festival Director (Brisbane Writers Festival), director of opera and theatre (working with many of Sydney’s major theatre companies and Opera Australia), producer, events manager, TV presenter, choreographer and principal dancer in both ballet and contemporary/tanztheater companies in Australia and Germany. He writes predominantly for performance, co-wrote (and directed) multi-Helpmann Award-nominated opera, Madeline Lee, produced by Opera Australia at the Sydney Opera House (2004) and State Opera of South Australia (2019). He also wrote Keith Bain’s Principles of Movement (Currency House, 2010 and Bloomsbury, UK, 2015)

WestWords, as an integral part of our in-school and community residency programs, has published anthologies of work that have been created during their time working with writers.

Tell me more Tahmoor is the product of 6 months of work by some of Tahmoor Public School’s keenest young writers. Check out the Anthology illustrated by Tony Flowers!

We recently spent two days with award winning author and Illustrator Judith Rossell, who took time out of her hectic schedule for our stellar storytelling and illustrating workshop at Penrith Regional Gallery. With perfect weather, a killer exhibition and a wondrous experience in a pop up planetarium, courtesy of Western Sydney University’s Penrith Observatory, imaginations were fired […]