Birds of a Feather: An Exhibition

Staging Birds of a Feather has been, more than anything, a process of discovery. The impetus for this exhibition comes not from a broad knowledge of Persian art, of which contemporary Iranian illustration is an outstanding example, but is the culmination of a creeping obsession with the works of a unique group of artists and a growing desire to share their works with a wider community. One feature of Iranian illustration that particularly stood out was the ubiquitous presence of birds. Sometimes the focus of attention, at other times seemingly no more than decorative elements, birds appear everywhere. For the sake of a unifying theme, then, birds were identified as a key criterion for selection in the exhibition. Only as the images began to accumulate did it emerge that birds have been a fundamental component of Persian culture and philosophy for millennia. Birds of a Feather has become not just a thematic focus for a particular practice of contemporary illustration. It is also an expression of a unique cultural tradition.

In essence, Birds of a Feather demonstrates how illustration can be innovative and abstract at the same time as being approachable and engaging. In the hands of contemporary Iranian artists, illustration is decorative as well as narratively expressive. It exhibits grace and verve; it is both vibrant and restrained. Above all, Iranian illustration is unified by an essential Persian sensibility that, despite myriad cultural strictures and influences throughout the millennia, has retained a flavour that remains uniquely its own, and that can be expressed only by its own. 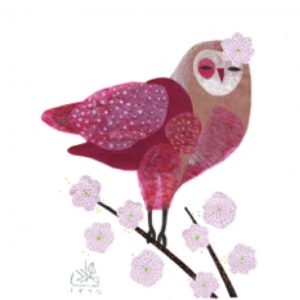 On exhibition at Camden Civic Centre until March 31st.

Thank you to everyone who came to the APS Parramatta Heat at WestWords on Wednesday August 21st. It was a blast! Congratulations to the winners

Parramatta Community Hub cultural program for asylum seekers and their families. Program to develop the creative writing skills of adults writing their stories for children.

In 2018 the WestWords-Varuna Western Sydney Emerging Writers’ Residential Program will offer Western Sydney emerging writers from culturally and linguistically diverse backgrounds the opportunity of a six-day residency at Varuna, The Writers’ House in Katoomba in the Blue Mountains. The residency is limited to four participants and includes: a mix of mentorship, private writing time […]