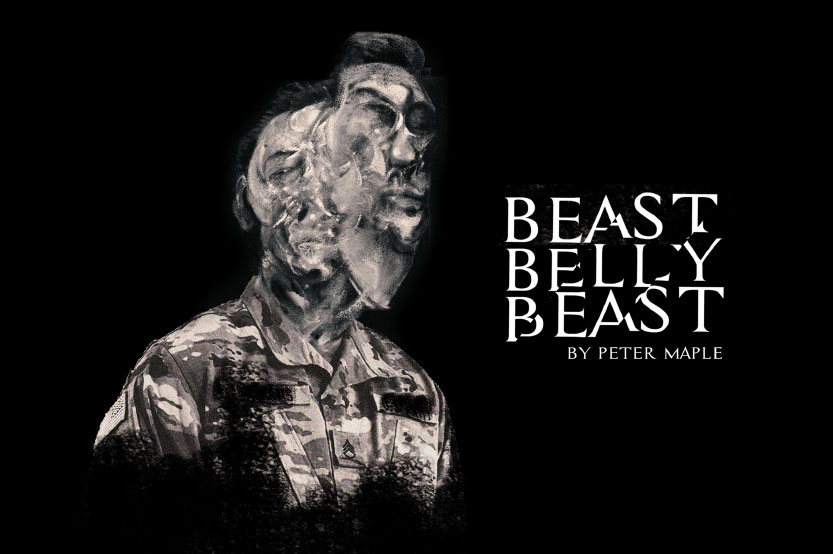 Peter Maple’s BEAST.BELLY.BEAST delves inside the minds of two ex-servicemen suffering the repercussions of Post-Traumatic Stress Disorder (PTSD). Examining the effects of War on (Australia’s) returned servicemen, specifically the flow on effect of inter-generational trauma, BEAST.BELLY.BEAST presents the often fracturing and destructive nature of (any) PTSD that can distort Time, Place, and Space. Written in consultation with Australian Military veterans who themselves have suffered from PTSD, the play endeavours to mirror their mind-space and experiences. Take a glimpse inside these broken windows of the heart, mind, and soul, to find two men — two friends — two soldiers: in and out of ‘The Belly of the Beast’.

Over the course of three Fridays, in some of the most intense heat Katoomba has ever seen, the students of Katoomba High School worked with the fabulous Catherine Jinks, to create stories of place – places of the heart; of sadness, love, hope and joy.

Crestwood High students in year 9 feasted on a gothic treat when internationally bestselling steampunk author, Richard Harland, joined them for a 6 week in-school writers residency. This anthology is the result of their work together.