Thank you to everyone who came to the APS Parramatta Heat at WestWords on Wednesday August 21st. It was a blast! Congratulations to the winners:
1st. Mohammad Awad ⠀
2nd. Hannadi Dabei ⠀
3rd. Liam Smith 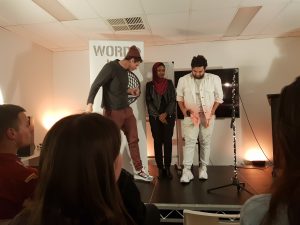 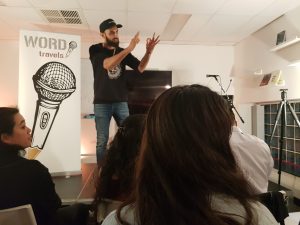 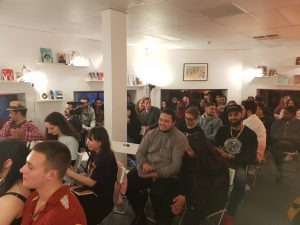 The three highest scoring slammers will compete at the Western Sydney Final in October at Story-Fest ‘19. From there, two move on to the NSW State Final on October 19th. Then, two writers representing each state and territory battle it out the next night at the National Final at Sydney Opera House to become the 2019 APS National Champion.

Each year, over 1000 spoken word artists perform in over 60 APS Heats for an audience of over 20,000 across the Asia-Pacific. From small towns to major metropolises, local libraries to street soirées, Australian Poetry Slam provides the stage for some of the best spoken world talent in the world. 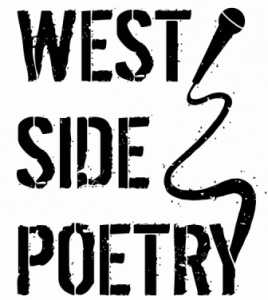 A free 5 week workshop working towards a first draft of a completed picture book.

WestWords is excited to bring a whole new program to you including more writers groups, workshops and plenty of interesting events. WATCH THIS SPACE.

In the first half of 2016 Crestwood High students in year 10 worked with internationally bestselling steampunk author, Richard Harland, to create an anthology of dystopian stories set in and around Crestwood High.