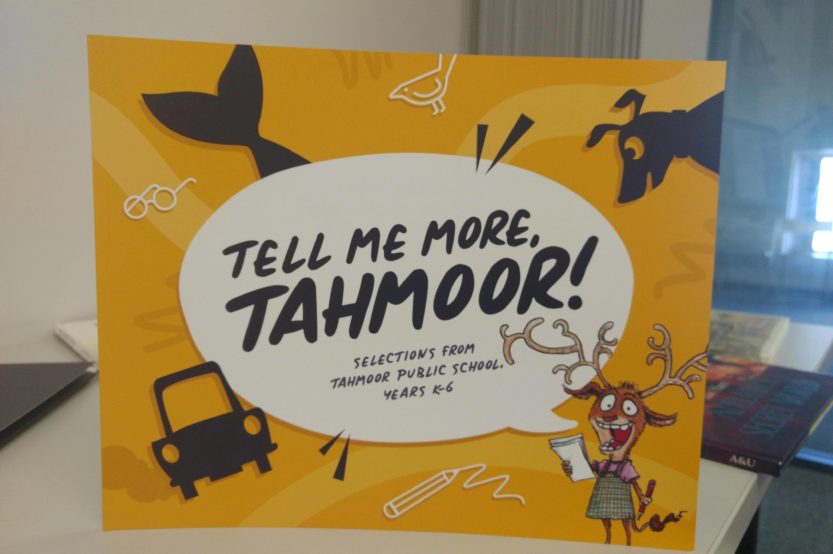 This publication is the result of a 6-week in-school writer’s residency conducted by Luke Carman in 2017. He spent time with the students of Tahmoor Public School, whose ages ranged 5-12. The workshops he delivered focused on the notion of ‘personal stories’ in creative writing — a focus that was particularly important for Tahmoor Public’s curriculum. His goal was to open up the concept and the practice of writing to students in a way that was different from anything they’d been asked to do before. He wanted students to think of writing as something relevant to their own lives, as unique and personal as their own memories. Close to forty children from years K-6, all of whom had some incredible stories to tell, participated in the classes. You can find the resulting publication WestWords created both online and as a physical edition.

About the school: Tahmoor Public School

Tahmoor Public School was established in 1928 and is situated on the southern end of a growing semi-rural town. The combination of modern and original buildings is surrounded by an expansive playground and award-winning gardens. A computer lab, an Opportunity Class (OC), children’s art gallery and a well-equipped library are all important features of the school. The original teacher’s residence has been converted into a Teachers’ Centre which is used as a venue for professional development by teachers and community groups from all over the district. At Tahmoor Public School we provide a secure, caring environment where staff and parents work co-operatively to develop the full potential of every child.

About the illustrator: Tony Flowers 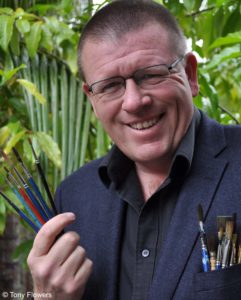 Tony is a passionate illustrator with a love of the absurd and the silly. Tony and author Nick Falk are responsible for the ‘Saurus Street’, ‘Billy is a Dragon’, Samurai vs Ninja’ and the ‘How to..’ series, which have received positive reviews from Speech Pathology Australia and educators of early and reluctant readers. The highly illustrated and engaging illustrations help children to continue to turn pages and continue to read. Tony has filled pages with vegetable smashing tyrannosauruses; fish slapping Samurai, time travelling triceratops, Young Shakespeare and kung-fu fighting worms. Not content with these creations, he has created armies of chickens, adventurous dragons, sneaky werewolves and dogs of all shapes and sizes. Tony is now working hard to complete his PhD at the University of Canberra.

Tony knows he’s very lucky to be living his childhood dream of being able to colour in all day, and feels his 10,000 hours of line work practice has finally paid dividends. He has also received international recognition for his works at illustration competitions in America, Italy, Japan and England.

About the facilitator: Luke Carman 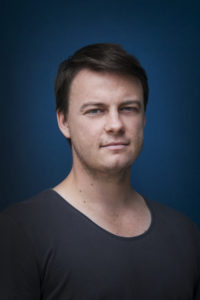 Dr Luke Carman is writer of short fiction who hails from the Sydney suburb of Liverpool. His first book, An Elegant Young Man, was awarded a NSW Premier’s Literary Award in 2015 and shortlisted for the ALS Gold Medal. In 2014 he was named a Sydney Morning Herald Best Young Novelist. His writing has appeared in Heat, Meanjin, Seizure, The Lifted Brow, The Australian, Sonofabook, Cultural Studies Review, Southerly, SBS Online, and on ABC TV’s Big Ideas.

Writing and Illustrating Workshop | SOLD OUT

Join us for an epic day of writing and illustrating with best-selling author Jacqueline Harvey and award-winning illustrator (and this year’s WestWords and Parramatta Artist Studios’ Illustrator-in- Residence) Mitch Vane!

Learn about this new writers’ space in the heart of Katoomba

For three weeks in November 2021 Cherrybrook Technical High School’s entire Year 10 cohort of over 400 students had chance to work with twelve exceptional writers. This is what they wrote.

Parramatta Community Hub cultural program for asylum seekers and their families. Program to develop the creative writing skills of adults writing their stories for children.