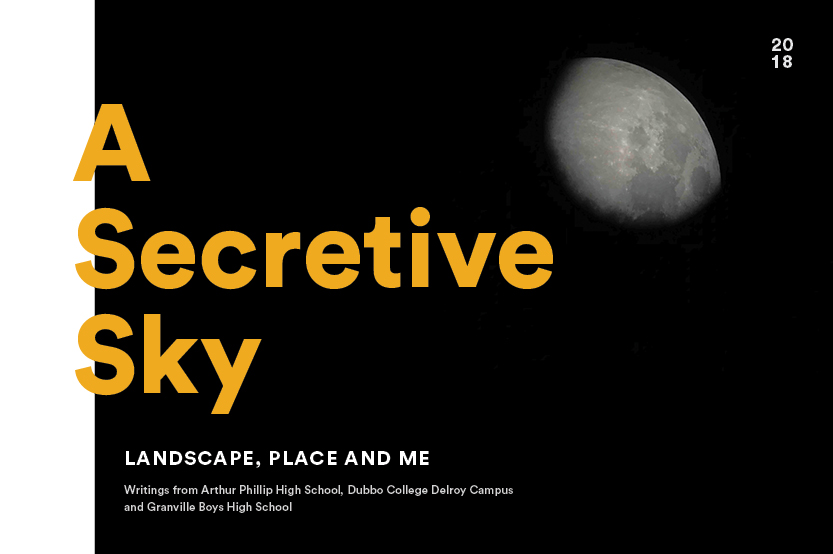 In 2016, WestWords ran the inaugural Landscape, Place and Me program. The idea for it grew out of a conversation with Jennifer Dove, a teacher who had transferred from a Western Sydney high school to Lightning Ridge. Discussing these disparate groups of young people we were struck, not by difference, but by the similarities of the issues and experiences they were facing – issues around marginalisation, poverty and trauma, and how their growing understandings of the world around them were internalised. What was different was the landscape they saw out their front doors.

The program was a significant success both in terms of their ability to express themselves through their writing as well as their growth as people. The feedback was fulsome, with students generously thanking us for how their lives had been changed. We wanted to be able to offer the same experiences to new cohorts of students. We were thrilled that Dusseldorp Forum agreed to join us. With their support we were able to expand the program to three schools: two from Sydney’s urban west, Granville Boys High School and Arthur Phillip High School and one from regional NSW, Delroy Campus Dubbo College.

Acclaimed writer James Roy conducted writing residencies for each of the schools, exploring themes of belonging and environment and their place within their communities. The work generated from these workshops was exchanged for critiquing, but also to act as an introduction prior to meeting at Camp Cypress in Baradine, near the Warrumbungles. There they encountered many new experiences: new landscapes, new cultures and new friends. For many this was the first time sitting around a fire; toasting marshmallows; looking through a telescope to see the craters on the moon, the stripes of Jupiter, the rings of Saturn and new galaxies being formed; being close to a horse; being west of the Blue Mountains; meeting a Muslim, spending a night away from home and family for the first time…

This publication is the result of translating these new experiences into the written form. It is an exciting exploration of friendship and belonging, of finding one’s place in the landscape, and of seeking to know the universe that lies within.

We would like to thank all the teachers from all the schools who have supported us and the students through this journey, the warmth from those who made us feel so welcome in ‘their place’ including Ronnie and Auntie Pat, and finally to the bravery and generosity of the young people whose work you will read.

A special thank you to the Dusseldorp Forum for allowing such an impactful project to come to life:

To celebrate Refugee Week 2021 we partnered with MECA (Mt Druitt Ethnic Communities Agency) to bring the stories of six people who came Australia as refugees and are establishing their lives here.

Thank you to everyone who came to the APS Parramatta Heat at WestWords on Wednesday August 21st. It was a blast! Congratulations to the winners

Workshop: What Now? at The Den

“I’ve written a first draft. Now what?!”
You know what comes next is revision, editing, rewriting, refining. But just how do you do that? What decisions do you have to make? Where do you start? When do you stop?
Many new writers think that having written a draft of new work, the work is done. What is done is that valuable first draft, essential for the next stage.
A workshop for writers who are serious about taking the next steps to improve their narrative works in prose, screenplay, fiction, non-fiction, hybrid, long or short forms.