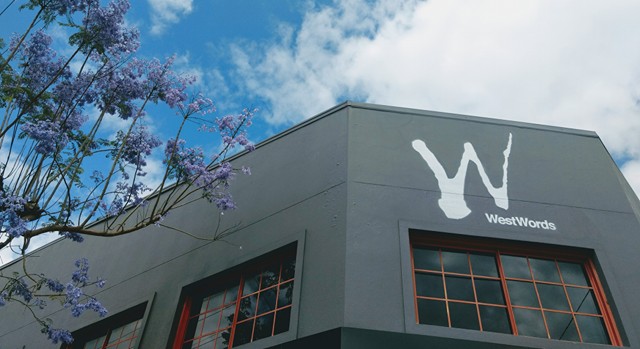 On November 28 of 2017, WestWords celebrated the launch of our new Centre for Writing and Parramatta Writers’ Rooms with over 150 members of the literary community from Western Sydney and beyond.

The evening featured an installation by Felicity Castagna, live music from a Parramatta ukulele trio, and multiple exhibitions including Picture Gallery, a collection of works by notable Australian Children’s Illustrators.

This is a truly momentous step for cultivating Western Sydney’s arts development, as the hub allows us to host writers in residence; to hold workshops and events on-site; to hang exhibitions; and sub-lease additional offices to bring together a community of artists.

Thanks must to go all the people who helped make the night a success: WestWords chair Libby Gleeson, former NSW Premier Nathan Rees, Uncle Lex Dadd, Maryam Master, Eda Gunaydin, and Kourosh and Rosemary from the Parramatta North Public School Writers’ Club for their speeches and readings.

Finally, the creation of the Centre for Writing would not have been possible without the generous and ongoing support of Create NSW, Campbelltown City Council, the City of Parramatta Council, the Crown Resorts Foundation, the Packer Family Foundation, the Copyright Agency Cultural Fund, the Dusseldorp Forum, Dick Smith, Senses Direct and the Friday Group.

Read more about the launch event in the Parramatta Sun and Daily Telegraph. 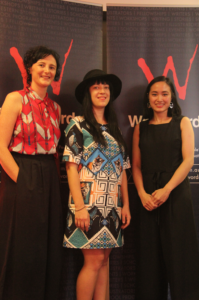 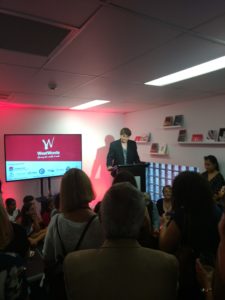 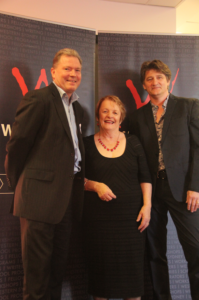 History of the Centre for Writing

In February of 2016 WestWords convened Writing the West, a seminar and planning workshop held at Casula Powerhouse Arts Centre, in order to set future directions for Western Sydney’s literary culture. The day was attended by representatives from across the literary spectrum who have an interest in Western Sydney.

One of the core needs representatives identified was for a dedicated Centre for Writing in Western Sydney that was particular to the circumstances of this dynamic and diverse region. Subsequently WestWords was commissioned by Create NSW to undertake a scoping study into just such a proposal. The natural and obvious step was also to contribute to the genesis of such a bold, unique facility by creating one.

We believe that the unique perspectives and stories of the western Sydney area deserve to be celebrated, developed in literature and shared with a wider audience. To think:

The centre will be an important and significant step in raising the visibility of Western Sydney’s literature, providing services to the writing community and championing the cultures and peoples of this dynamic region.

Western Sydney is a big place. And to provide pathways of opportunity for the development of the authentic and articulate voices from the region writers need space to work and to feel themselves to be part of a supportive and well-resourced community. We recognise that need, and in response WestWords is proud to be launching three new Writers’ Rooms located across Western Sydney, located in Campbelltown (Wedderburn), Katoomba and Parramatta.

For less than a cup of coffee a day, Writers’ Room membership includes the benefits of:

Parramatta Writers’ Room at WestWords
Colocated with WestWords’ new Centre for Writing, these rooms are part of a new literary and cultural hub in the heart of Parramatta. The two writer’s rooms offer ample space and quiet in which to write and are fully equipped with high speed internet and a kitchenette (including an espresso machine!).

The Den 24/7 Katoomba Writers’ Room
Located in the basement of a private gallery, Gallery ONE88, on the main street of Katoomba, the launch will take place on December 16th at 6.30pm with readings and stories.

Indigenous author residency with a leading Australian children’s/young adult author/illustrator As part of their residency the author will visit various schools, including at least one school with high Indigenous population.

Keep up to date with WestWords fortnightly news, interviews and featurettes with The WestWords Podcast.

Think It Up – Write It Down

During Term 3, WestWords undertook a residency with Year 4 students and their teachers from St Francis of Assisi Primary School in Glendenning. Undertaking the weekly workshops was the wonderful  Amelia McInerney.